The “Southeast passage” opened, for the first time in the history of photographic exhibitions, a new exposition format dedicated to the sea and its lovers. The exhibition was physically installed under the sea level at a depth of 3 meters as a circular path of 28 images, parallel to the water surface and the sea bottom. At few meters from the shore a floating buoy set the center of the submarine visual path. Under the infinite liquid mass, on the southeast side of the Island of Ponza, photographer Salvo Galano’s pictures tell a story of another Southeast, the Asiatic one, thousands of miles away, but linked by the same element: the sea.

Originally from Ponza, Galano is a portraitist photographer, great lover of the sea and its depths. In his international artistic path, one of his thematic books was “L’isola” (The Island), whose protagonists are the men and women of Ponza, with whom Galano lives a long part of the year. Then he decides to leave, chooses a destination and come back with new images and stories. For this reason the Ponza Mayor invited him to think about a personal project able to valorized the natural beauties of Ponza outside the usual spaces like museums or galleries, creating an imaginary “open air gallery”.

Several Months of experimentation, research of the right materials, technical drawings, studies of marine currents, and solutions for secure positioning of the works, made possible the first snorkeling photographic exhibition under sea level. The incredibly clear water of the bay of Frontone made the photos visible to swimmers, snorkelers and people on board of non-motorized boats admitted in the marked-off sea area.

Images of the installation taken from above and below the sea level. 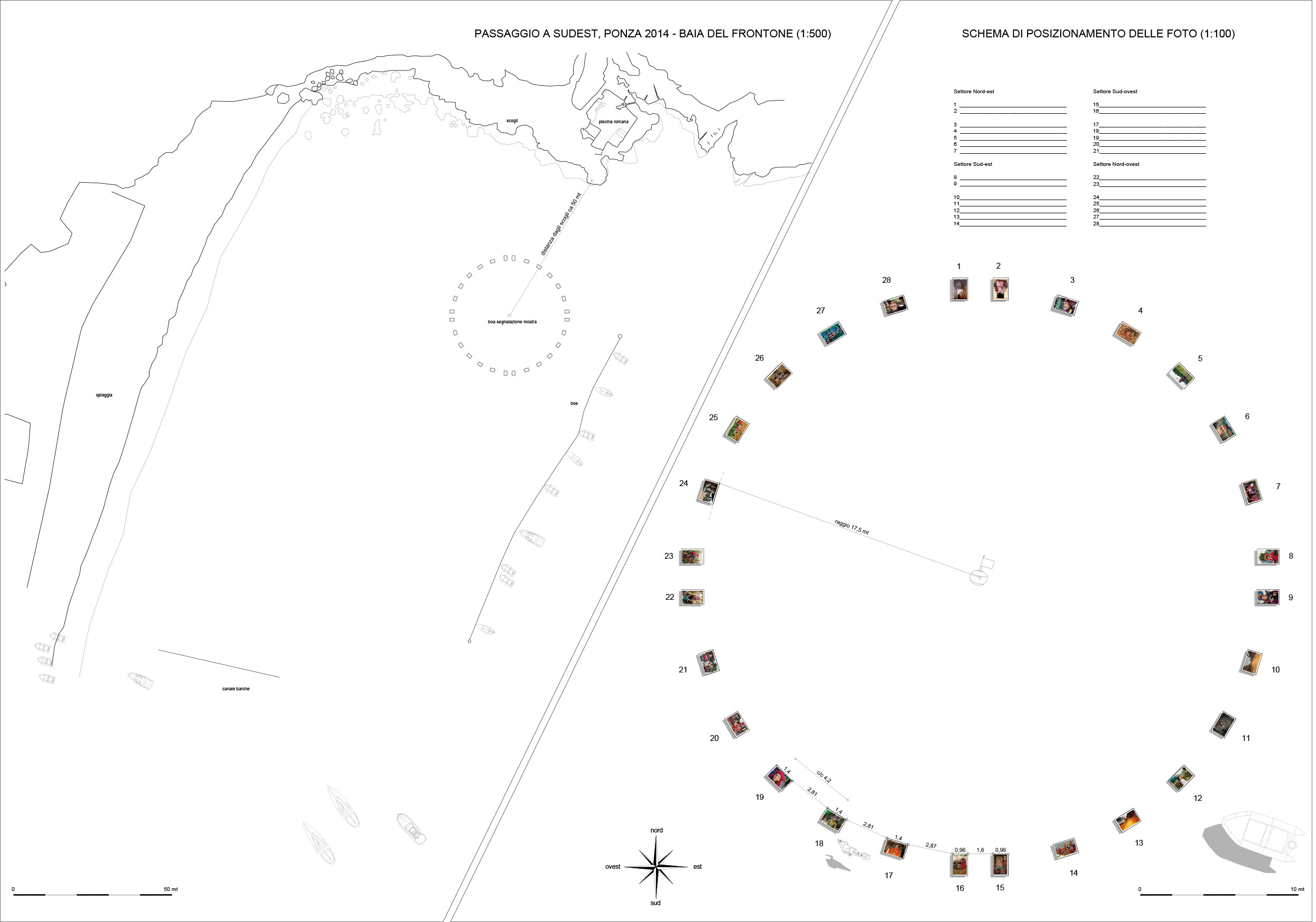 Technical drawings of the installation in the Frontone bay.

Salvo Galano and the history of a project

Who was born or has its roots on an island, knows that the sea and the water are ancestral elements that influence their life. I always left from Ponza. I lived in Milan, London, New York, I worked for international corporations and important magazines, always kept traveling. The motivation that moved me all around the world has always been the same as the very powerful one that forced me to get back to Ponza. It is its beauty, in my opinion, with no equal in the world, that challenges me when I leave and then come back to the island. I am a photographer, a portraitist and a nomad. For me, the portrait is research, the match between different souls. There is something I learn every time I take a photograph.

Every shot tells to my camera something I can learn from.

I wanted to give to Ponza the same emphasis I research in other places. The same humanity and effort I find in people from different countries. I wanted to bring to Ponza new colors, cultures and animals. I wanted this to be a unique exhibition dedicated to Ponza, and thought of only for Ponza.

Ponza is the sea, a crystal clear sea that dominates over everything else. And the exhibition became the sea. I am glad that Passaggio a Sudest (Southeast passage) was hosted in this wonderful and incredible exhibition location: the sea of Ponza.

Watch a short video about the exhibition 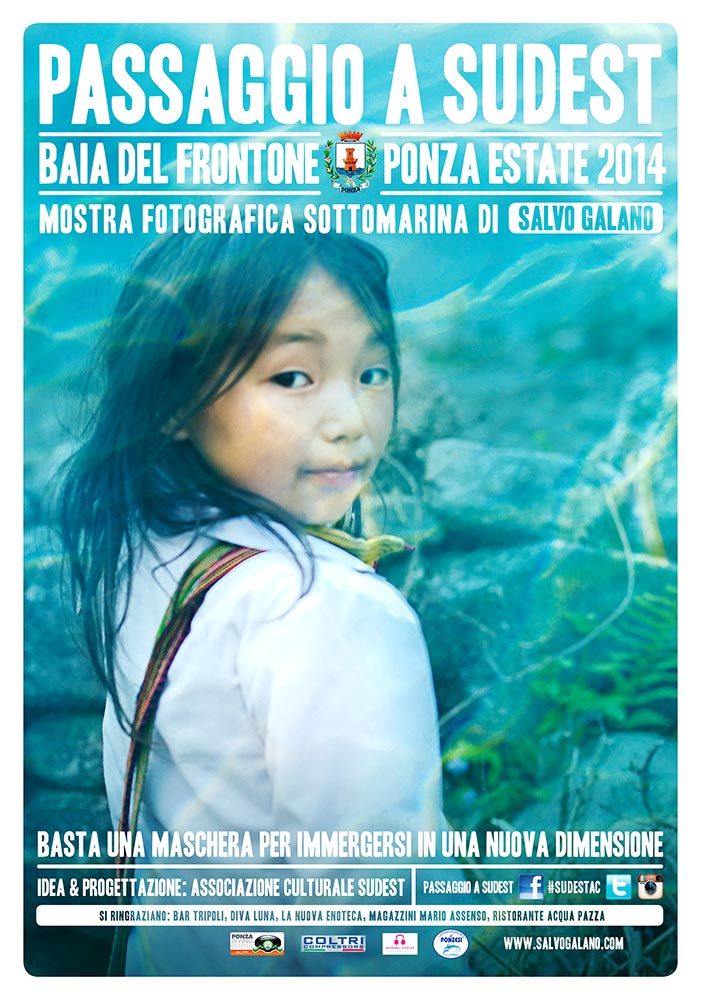 Poster of the exhibition.